Under the Australian Constitution, the only action performed by The Queen is the appointment of the Governor-General (on the advice of the Australian Prime Minister).

The House of Representatives has 151 Members (in 2021). Each Member represents an electoral division.

The House of Representatives has five main functions:

The Senate consists of 76 senators, twelve from each of the six states and two from each of the mainland territories. It shares the power to make laws with the other House of Parliament, the House of Representatives.

The voting system for the Senate gives greater opportunity to minor parties so the government often does not have majority support in the Senate.

You can watch Parliament in action live here.

Who’s Who in Parliament? 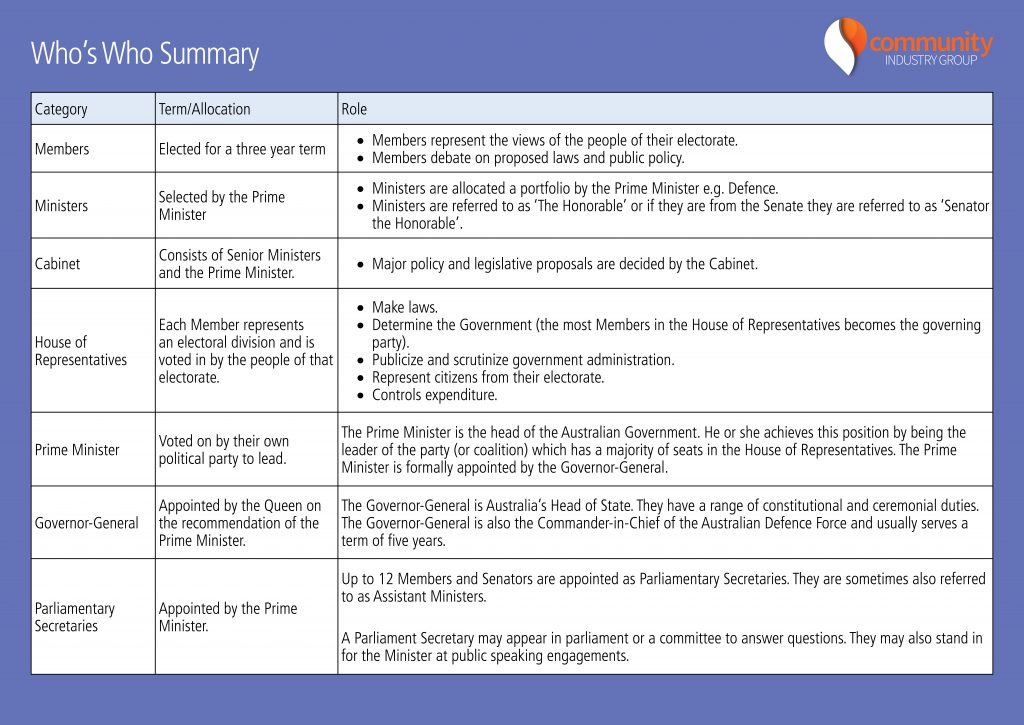 For an A4 printable pdf of the Who’s Who Summary click here.