What you need to know about the Stimulus Packages

Last week, both Stimulus Packages announced by the Federal Government were passed through Parliament.

We have been lobbying for many years for an increase to income support payments for job seekers, and the second stage of the Federal Government’s Stimulus Package in particular demonstrates that the $40 a day paid to job seekers under the Newstart Allowance is insufficient to support a reasonable life. This temporary coronavirus supplement of $275 per week is a welcome relief to people who have been struggling to survive on Newstart and Youthstart, but the fight for a permanent increase is not over.

Much of the Business Continuity funding which was previously announced for the business sector has been extended to the charity and not for profit sector. NFPs will now be eligible for:

Not-for-profit organisations with a turnover of up to $50 million, will receive a cash payment of up to $100,000. The payment will be worth 100 per cent of the tax withheld from employees’ salary and wages, with a minimum payment of $20,000. It will be paid in the form of cash payments equivalent to 100 per cent of the withholding tax reported by a business over two quarters, beginning in late April. The payments are tax free and will not require new forms to be completed.

Charities registered with the Australian Charities & Not-for-profits Commission will be eligible for JobKeeper Payment if they have a turnover decline of 15% or more. This will apply to all registered charities, including those with a turnover of more than $1 billion. Initially, the payment was only available to charities with turnover less than $1 billion and with a drop in revenue of at least 30 per cent. 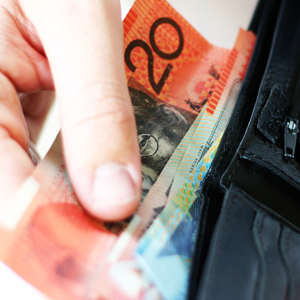