Investing for Good 2019 – The Great Debate

Our CEO, Nicky Sloan, took part in the final session of the NCOSS Investing for Good Conference on Thursday 8 May. The Great Debate, moderated by Julian Morrow, (Founder of The Chaser, Giant Dwarf & The Checkout) explored the topic Increasing demand for community services in the context of relatively static government investment in the sector means that rethinking of funding and financing is imperative. Private investment & philanthropic funds have a critical part to play. Do you agree?

Nicky and Jenna argued strongly that the premise of the proposal was flawed in two key ways:

The debate followed an unusual format, with introduction of speakers and a brief scene-setting by the moderator. Speakers then presented a 5 minute talk in the affirmative or negative after which the moderator made a brief summation of both positions, then invited the audience to pose a question to any individual on the panel – or to the panel as a whole. At the conclusion of question time, each speaker was invited to present a 1 minute closing statement. By applause from the audience, the debate was emphatically declared for the negative. 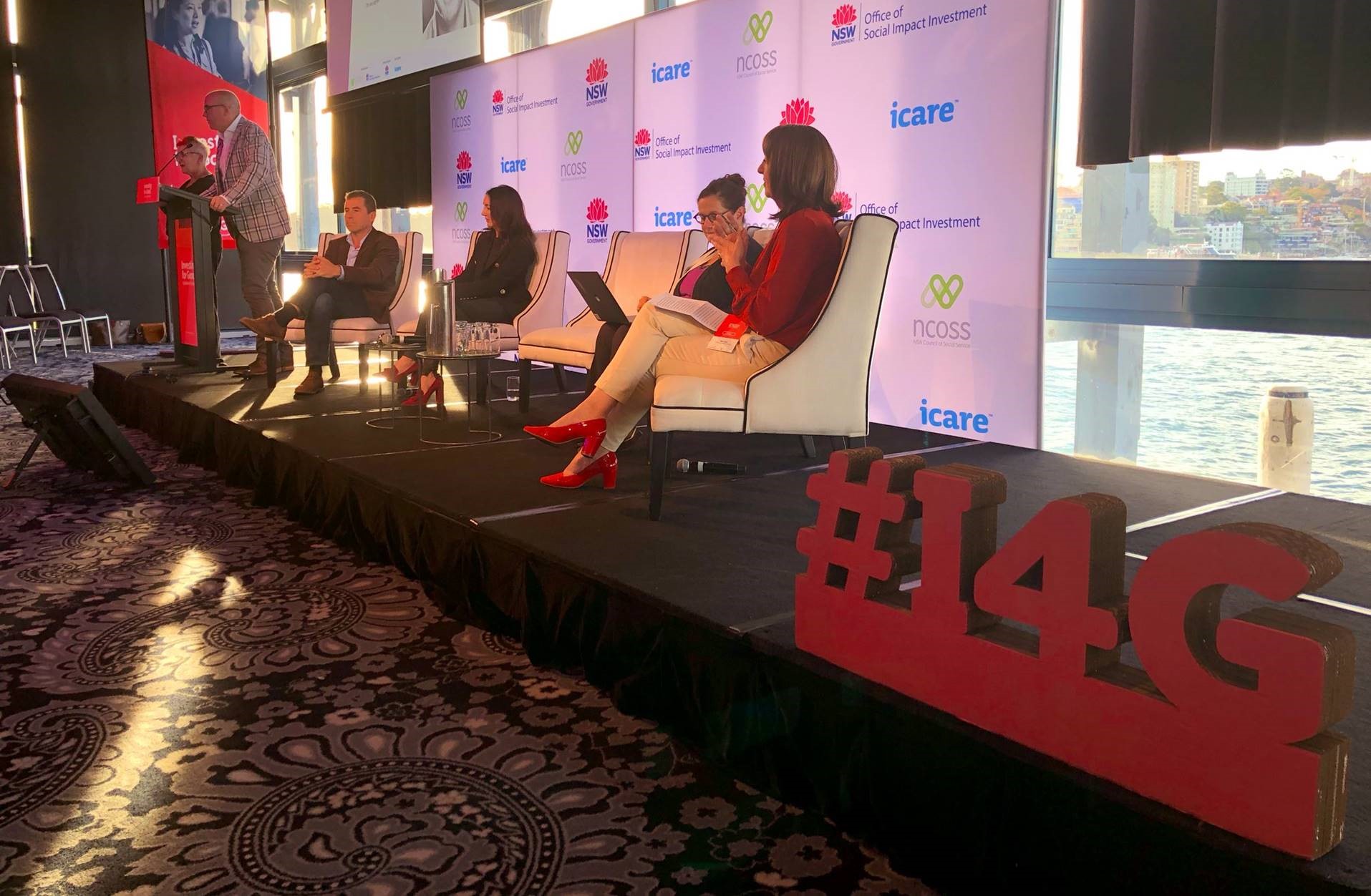